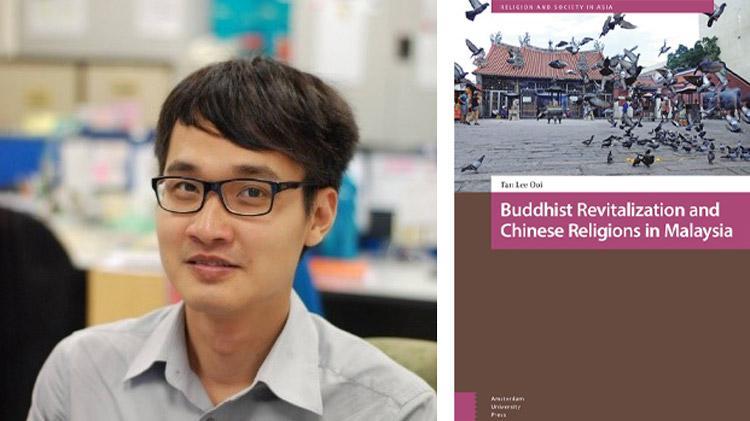 UOW Malaysia KDU’s Head of Department- Mass Communication, Dr Tan Lee Ooi, recently published a book entitled ‘Buddhist Revitalization and Chinese Religions in Malaysia’ through Amsterdam University Press.  ‘Buddhist Revitalization and Chinese Religions in Malaysia’ tells the story of how a minority community comes to grips with the challenges of modernity, history, globalization, and cultural assertion in an ever-changing Malaysia. It captures the religious connection, transformation, and tension within a complex traditional belief system in a multi-religious society.

The new book revolves around a discussion on the religious revitalization of Chinese Buddhism in modern Malaysia. This Buddhist revitalization movement is intertwined with various forces, such as colonialism, religious transnationalism, and global capitalism. As Malaysia modernizes, there has been increasing effort by certain segments of the country’s ethnic Chinese Buddhist population to separate Buddhism from popular Chinese religions. Nevertheless, these reformist groups face counterforces from traditional Chinese religionists within the context of the cultural complexity of the Chinese belief system.

Prior to joining academia, Dr Tan was a journalist and has written on current issues for both newspapers and the online media. He completed his PhD at the National University of Singapore. In addition to this book he has also authored ‘Dinamik Ruang Siber dalam Gerakan Reformasi di Malaysia’ (The Dynamics of Cyberspace during the Reformasi Movement in Malaysia) published by Penerbit UKM (National University Press of Malaysia).

Click through for further information about the book Buddhist Revitalization and Chinese Religions in Malaysia.